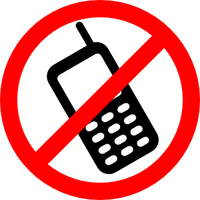 Have you ever questioned where all the bees have gone lately? Or maybe you didn't notice, which is understandable- however, bees can be beneficial to people. Also, who doesn't love honey (Winnie the Pooh pounds that stuff by the gallon)?

Luckily, for now we can turn to the Swiss (god bless them for their cheese) for answers of what is happening to the bee population. According to a new Swiss study, cell phones are partially to blame for the disappearing bee population. A teacher named Daniel Favre, who previously worked for the Swiss Institute of Technology, conducted an experiment where he placed a cell phone directly beneath a beehive and the monitored the bees' response to this intrusion.

His research indicated that the insects could tell when the phones were sending and receiving calls. The bees would become agitated and start making high pitched noises that indicate they were going to swarm. However, nearly 20 hours of continuous cell phone activity wasn't enough to make them swarm.

Dr. Favre told the SF Gate, ""This study shows that the presence of an active mobile phone disturbs bees — and has a dramatic effect."

Of course cell phones don't have all the blame for the declining bee population. Three other possible reasons for the decline in population are disappearing habitat, pesticide use, and the rise of the varroa mite.

So perhaps the next time you are trying to enjoy a picnic outside or perhaps a nice baseball game, if a bee starts to pester you- make sure you're not on your phone because you could be the one pestering the bee!

Retrieved from "https://beekeeping.fandom.com/wiki/User_blog:Wagnike2/Cell_Phones_Bad_For_Bees?oldid=3412"
Community content is available under CC-BY-SA unless otherwise noted.